WhatsApp Now Lets You Use Any Emoji as a Reaction: Details 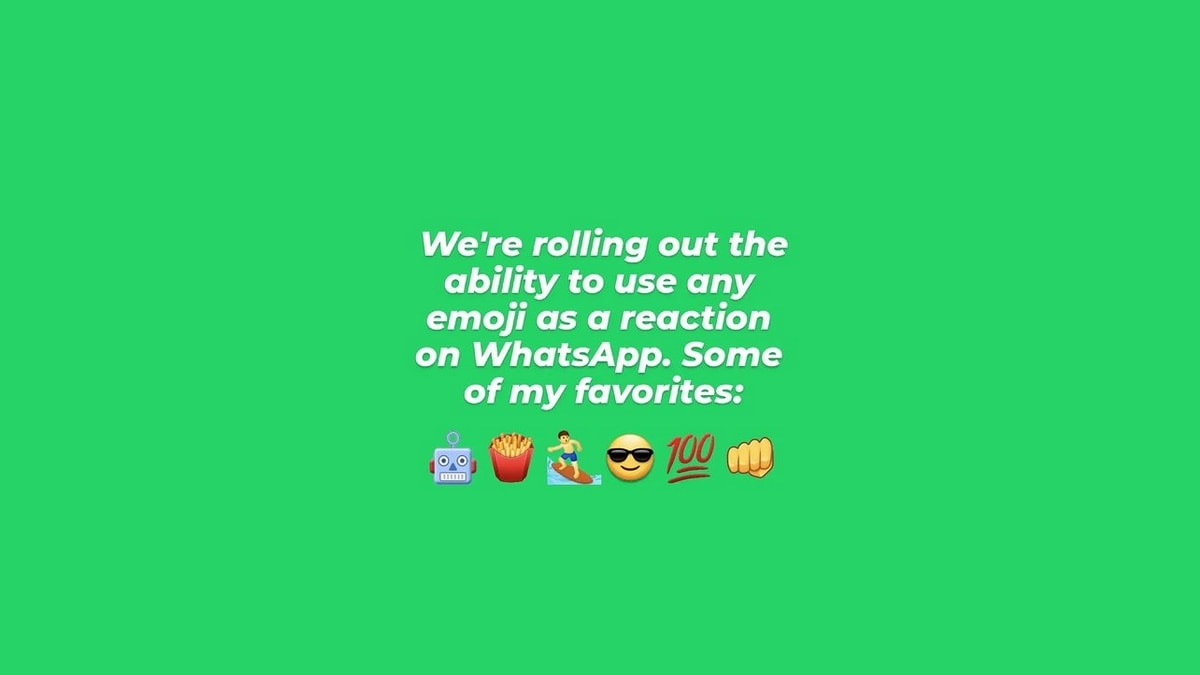 WhatsApp Reactions feature is getting an update two months after it first began rolling out. While users were initially limited to just 6 reactions – like, love, laugh, surprise, sad, and thanks – they will now be able to use any emoji when reacting to a message. The CEO of WhatsApp’s parent company Meta, Mark Zuckerberg, announced that the rollout had begun in an Instagram post on Monday.

To recall, WhatsApp Reactions feature was first launched in early Mayafter at least 4 years of testing by WhatsApp, The instant messaging service was playing catch up with rivals such as Telegram, iMessage, Slackand even Instagram, In his post announcing the rollout of the Reactions update, Mark Zuckerberg also shared some of his favorite emojis for Reactions, including robot face, french fries, man surfing, sunglasses smiley, the 100 percent symbol, and the fist bump.

The ability to use any emoji as a WhatsApp Reaction has been tipped since before the launch of the feature itself, as far back as April this yearbesides being tipped again recently, To use any emoji as a reaction, long press a message, and press the ‘+’ button in the emoji pop-up – the emoji selector will open up (as seen below).

WhatsApp has been testing several features in the recent past, as per reports by beta testers. These include a chat sync feature for Android phones to allow users to log in from another handset, as well as the ability to hide your online status from certain contactsand more.

In June, WhatsApp began rolling out granular privacy controls for users, allowing them to choose who in their contacts gets to see their About status, their Last Seen, and their Profile Photo. Zuckerberg recently also announced in June that the ability to easily transfer WhatsApp data from an Android smartphone to an iPhone would soon rollout. It is still in testing, as per the latest reports,

Share
Facebook
Twitter
Pinterest
WhatsApp
Previous articleSara Ali Khan is upset after telling about the affair with Kartik in public! Karan Johar had said this thing…
Next articleRJ Balaji’s Veetla Vishesham, Remake of Badhaai Ho, Gets an OTT Release Date