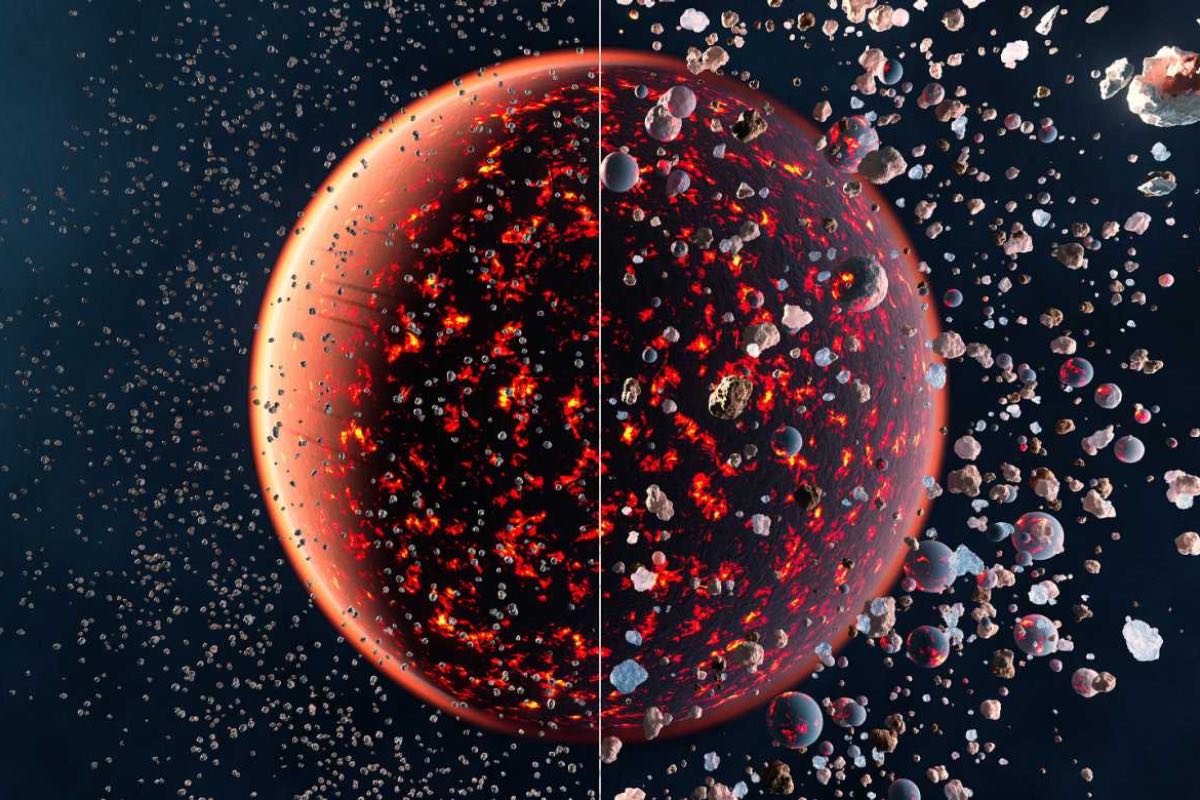 Digging deeper through laboratory experiments and computer simulations, researchers at the Eidgenossische Technische Hochschule (ETH) Zurich have proposed a new theory on the formation of the Earth. In their study, researchers developed models to demonstrate how planets formed in our solar system and shed light on their composition.

“The prevailing theory in astrophysics and cosmochemistry is that the Earth formed from chondritic asteroids, These are relatively small, simple blocks of rock and metal that formed early on in the solar system, said Paolo Sossi, Professor of Experimental Planetology at ETH Zurich and lead author of the study published in Nature Astronomy,

Highlighting the lapses in the theory, Sossi said none of the mixtures of any chondrites can explain the exact composition of the Earth.

Some have earlier proposed that collisions of objects, which resulted in the formation of the Earth, generated extreme heat due to which lighter elements vapourised and left the planet in its current composition.

But, according to Sossi, these theories don’t seem credible when one analyzes the isotopic composition of our planet. The lead author outlined that isotopes of an element have the same number of protons but a different number of neutrons, Technically, isotopes with fewer neutrons are lighter and thus, should escape first. And, going by the heat vaporisation theory, there should be less number of light isotopes on Earth today, but this isnt the case.

To get a clearer picture, the researchers created dynamic models and simulated the formation of planets. Sossi said that small grains grew gradually by accumulating more and more material through gravitational pull and became kilometre-sized planetesimals.

Planetesimals and chondrites are both small bodies of rock and metal, but planetesimals have received more heat that helps differentiate between its metallic core and rocky mantle. In addition, the planetesimals that are formed in different areas around the [Sun](https://gadgets360.com/tags/sun) and at different times can differ in composition, Sossi elucidated.

Researchers ran simulations and collided thousands of planetesimals with each other in the early solar system. They observed that a mixture of several different planetesimals could lead to Earth’s composition.