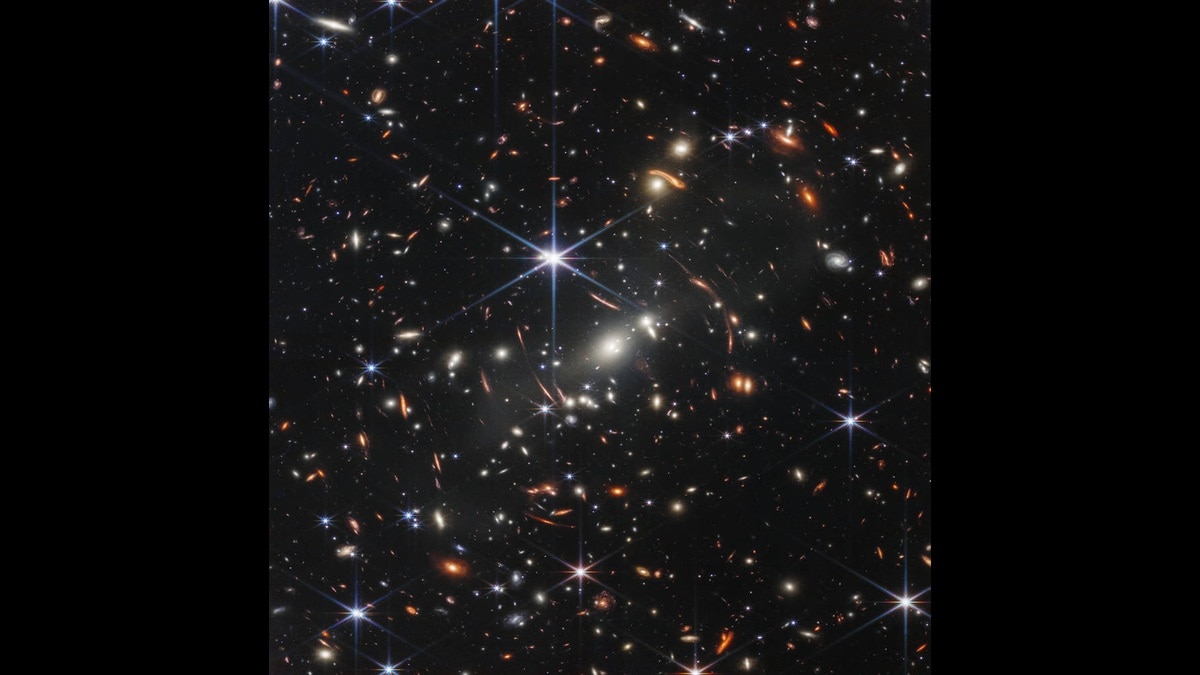 NASA has released the first full-color image of deep space captured by the James Webb Space Telescope and it’s just as stunning as we’ve been expecting. US President Joe Biden and NASA administrator Bill Nelson unveiled the first image at a special live streamed event at the White House in Washington DC, showing a scene from 13 billion light-years away.

“This first image from NASA’s James Webb Space Telescope is the deepest and sharpest infrared image of the distant universe to date. Known as Webb’s First Deep Field, this image of galaxy cluster SMACS 0723 is overflowing with detail,” NASA said in its release, Here’s a link to a high-resolution version of the image.

NASA details that the deep field image was taken by Webb’s Near-Infrared Camera (NIRCam), and shows the SMACS 0723 galaxy cluster as it appeared 4.6 billion years ago. “The combined mass of this galaxy cluster acts as a gravitational lens, magnifying much more distant galaxies behind it. Webb’s NIRCam has brought those distant galaxies into sharp focus – they have tiny, faint structures that have never been seen before, including star clusters and diffuse features,” it added.

Further images will be released by NASA via a live broadcast and press conference at 8pm IST (10:30am ET) on July 12. The James Webb Space Telescope is said to be powerful enough to detect objects much older and farther away than anything so far seen by the Hubble Space Telescope or any observatory on Earth.

A list of initial targets for the James Webb Telescope to be aimed at was released by the space agency last weekand had included the SMACS 0723 cluster, apart from Carina Nebula, WASP-96 b (spectrum), Southern Ring Nebula, and Stephan’s Quintet.

After decades of anticipation and a highly publicized series of delaysthe James Webb Space Telescope was launched in December 2021, It is the largest observatory ever launched into space, and has an estimated cost of $9.7 billion. It is equipped with a primary mirror that measures 6.5m across, comprised of 18 hexagonal segments, and mainly captures infrared light. This means it can capture about six times as much light as the Hubble Space Telescope. Its position at the Lagrange Point (approximately four times farther from the Earth than the Moon) allows it to orbit the sun in sync with the Earth. The apparatus must be maintained at temperatures below 50 Kelvin (-223 degrees Celsius).

During its lifetime, the James Webb Space Telescope is expected to observe the oldest stars and could aid in discoveries of new exoplanets.